Consumers, professionals, those who are directly interested in it and those who just happen to share their opinion – almost everybody at least once has taken the floor in a debate about advertising and its role in our modern world. People undoubtedly like to share their ideas on such topics – topics which are filled with constant changes and contrasting attention grabbers, topics which are hard to avoid in our opinion-creation processes. Another word that is essential to expressing a view that we have on a certain issue has already been mentioned above – it is an idea, the very beginning of an opinion formulation. Ideas are one more matter of interest that people heavily discuss, and it is caused by the fact that many of us dream about coming up with one that, having been shared, will bring us to success.

Nearly every person in the world is a consumer. Purchasing goods and services not only makes it possible for us to fulfill the basic levels of the hierarchy of needs but can also facilitate reaching the top ones such as realizing our potential (self-actualization). Therefore, according to Ethan Decker it can be stated that everyone has been raised with advertising in their life and we can be divided into groups depending on what our opinion on the industry is. Many consumers claim that the purchases they make are independent of the ads they are exposed to, in fact quite the opposite. They claim that their buying decisions are based solely on their own opinions while it’s actually the others who are attracted by entertaining ads (for example when they watch a soccer game and see a soccer ball ad with their favorite soccer player). No less people believe that advertising is evil and that they are being regularly lied to as the ones who claim advertising has no effect on their purchase decisions. 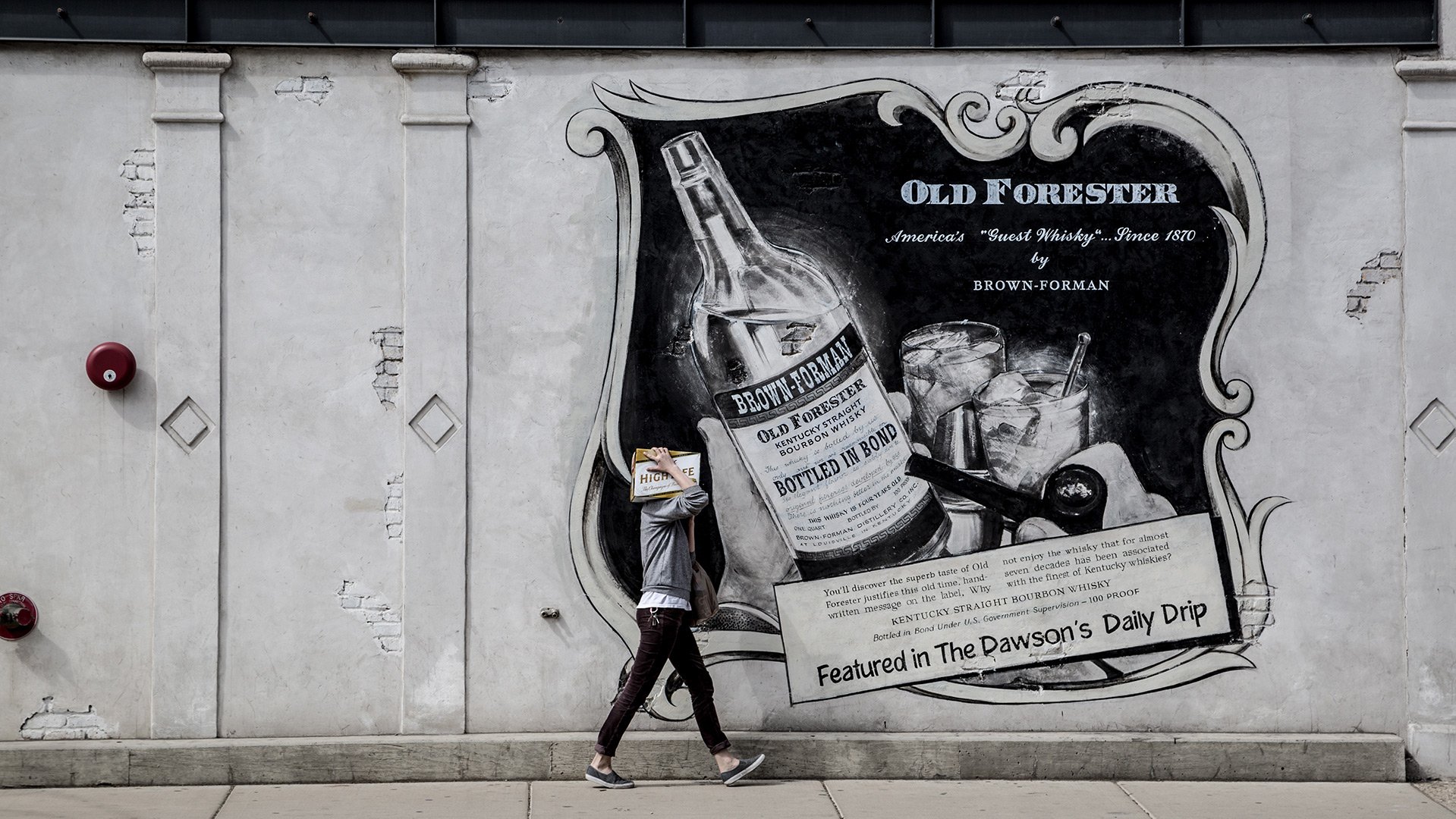 However, no matter whether consumers accept it or not, advertising is everywhere – both in people’s lives and, surprisingly, also in wild nature. The speaker has brought about an extraordinary comparison of the role that advertising plays in evolution and the advertising business. In alignment with the following quote: “What matters most in life is invisible, we use the visible to grasp at it”, numerous species search for intangible value such as strong genes on the basic of what they are shown, e.g. peacocking. The inevitable truth is that there is no room for complex lies, because those who sell an incorrect message will eventually not survive. Advertising business built by humans is no different – consumers are exposed to messages that marketing people send to them such as ads and packaging and base their purchasing decision on their perception of what carry the highest intangible value. Therefore, advertising lies in the very nature of this world and cannot be denied from any consumer’s life, because it has never been invited – it has always been around.

Moving on further, the perceived value is an inventory of the advertising industry. According to Rory Sutherland, most of the questions that people encounter having reached a basic level of wealth in our society regard perception. As we live in a culture of moving from materiality to a world filled with intangible value, people search for new concepts that can help them formulate essential ideas about it. Communication has become contextual and many problems can be solved more easily with perception than with actual laborious changes to the reality. There are some very persuading examples such as a statement that having a perception of having been given good education leads to higher self confidence and, therefore, to a more successful career. Another example tackles the topic of speed limits. Apparently, encouraging drivers to reduce the speed with a sad smiley is visibly more effective in preventing accidents than imposing a system of penalties.

As advertising continuously plays with perceptions and the modern era is becoming more and more based on perceptions, there is a lot of room for creative messaging and more effective solutions – with less material effort. Marketers have a vast choice of channels and methods to communicate the value that they create around both well-known familiar products and innovative ideas. 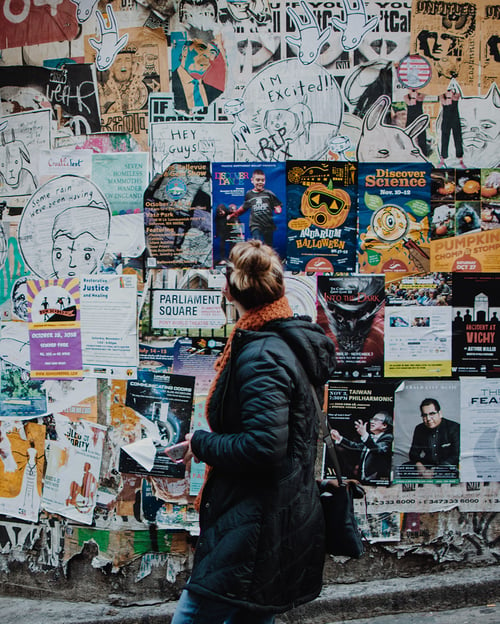 As consumers tend to have more choices and less time, the communication takes place largely through so-called persuasive technologies such as mobile. According to the industry experts, by 2020 the share of digital in total advertising will reach nearly 50% and its growth takes place mainly apace with innovations. As users are tired with the amount of advertising messaging that they are exposed to, personalized information served in a more creative form seems to be the solution that the industry will keep on heading for. However, the question of how to successfully combine data and technology to perfectly tailor the content so that every single ad a consumer sees is relevant is still a topic that we are concerned with.

Advertising needs to become more math-focused and employ specialists that can help the industry use scientific approach to achieve higher and higher results. There are many aspects of data to consider and optimize, for example the value of an ad impression which is nearly always diverse, and the information used to trade happens not to be available to the public. There is a lot of complexity to go through, but the advancement in technology has allowed us to build better algorithms and constantly develop them so that the amount of human intervention needed is decreasing. Without a doubt, moving on to curating content that users truly enjoy and making them see ads that are increasingly relevant is one of the most important characteristics of the future of advertising. This seems to be a lot of work to do, but with an impressive value of $1.2 trillion, the advertising industry has a lot of possibilities to invest in its development.

What about the ideas?

No good product, no ad, no new approach can be created without a groundbreaking idea and people have always spend a lot of time on thinking how to make these good ideas appear in their minds. Steven Johnson has conducted a research in which he finds out how to establish an environment leading to unusual levels of innovation and creativity and some interesting insights have been presented during his speech. He has proved that most of big ideas do not happen in one single moment – instead, they evolve in a long process. Although our language has many conventional words used to describe the very flash of inspiration in which a new thought is born, they bring us to incorrect perceptions about idea creation. Ideas grow well when they are incubated, taken care of and brought to collision with other people’s ideas in creative and not necessarily well-organized environments. What it means for those who want to bring about more creativity and innovations is that ideas should not be protected – they should be connected.

However, coming up with an idea (even after a very long process) is only half of the success. Everything else is about how you can get your idea to spread and see how others perceive it. As we live in an era of idea diffusion and Internet has made it possible to instantly share information, the task seems easier than before. Nevertheless, a new challenge that has appeared in such circumstances is the appropriate differentiation of the way we communicate our idea – so that it stands out of the crowd of millions of other ideas shared to the world daily. As many marketers have already discovered, communicating such idea to masses is close to impossible, because the increasing advertising noise has made consumers ignore most of the content they are exposed to. Instead, presenting it to those who really care and listen to the particular brand can bring visibly higher profits. Making our innovation remarkable, contrasting and worth spending time on understanding can bring around innovators and early adopters – those who want to know what your company will do next, who will get obsessed with it and even tell the story to someone. Although these are only two steps: incubating a good idea and sharing it to those who will listen, the task is extremely challenging – but it is challenges that bring real satisfaction.

We need to innovate

Our groundbreaking ideas are born in collision with other people’s great insights – this applies to nearly every industry that exists. With the amount of information and possibilities that we are exposed to in the digital era, everybody can change the way things happen and come up with solutions that will solve both small problems concerning niche specialties and big problems that every consumer has in their minds. Working with perceptions and incubating inspiring insights that appear in people’s heads is the future of innovation, the future of where the world goes to. We agree with TED speakers that chance favors the connected mind – so let’s not stay in the safe zone, because it is the riskiest choice we can make in business.

What is the future of digital advertising? More time for creativity and increasing personalization

There are two very important trends taking over advertising – personalization, and automation. Through automation, the feeling of annoyance gets a...

E-commerce in Southeast Asia: win with seasonality in sales

The most important peak in e-commerce performance worldwide is the last three months. SEA is no different, with 40% of online sales happening at that...

We did hundreds of product demos for visitors coming to the dipp booth and listened to interesting insights and gathered as much feedback as possible.

Be the first to know about new eCommerce visual marketing trends and insights to build or refine your design strategy with the tools and knowledge of today’s industry.